Market Cannibalization: When Diversity Is The Boost Your Business Needs

In the marketing world, cannibalization is a term used when one product or service created by the same company takes sales from another.

In this article, we will be discussing market cannibalization and how it can sometimes lead to success for businesses. While you might think that cannibalizing your own business sounds counterproductive, in some cases it is actually necessary to sustain growth in other areas. 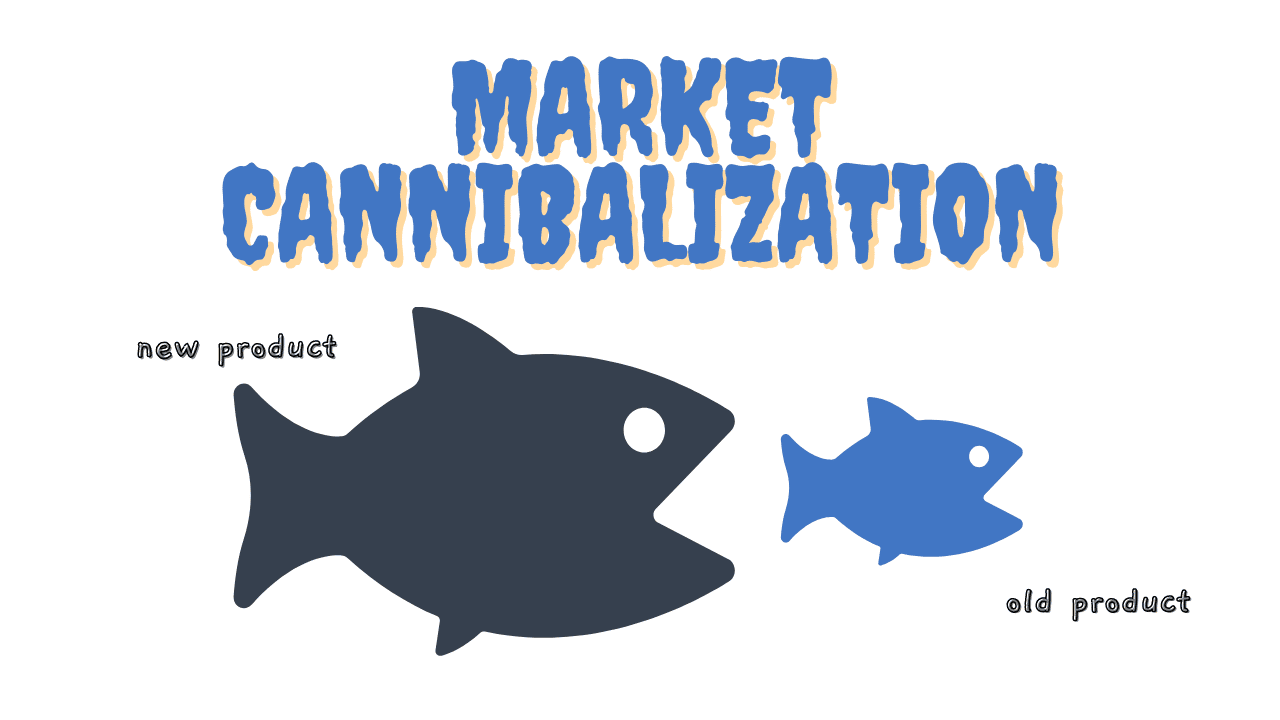 For example, a business that sells video games might create another gaming system and start selling it alongside their current product. While this will take away from the overall sales of the first game system, it is necessary in order to stay competitive with other companies also producing products for gamers. In this case, buying one product would lead consumers down a different path than they would have gone if the second product hadn't been introduced.

Another example of market cannibalization is when a company improves its products or services, making them more desirable than what's currently on the market. When this happens, consumers are less likely to purchase from other companies that produce similar items because they want to get them directly from your business. This can be seen with companies like Amazon who are constantly updating the technology they use to make their website faster and more user-friendly.

How Market Cannibalization can be Good

1. Innovation is the Key to Growth

When companies are looking for ways to improve, market cannibalization can be very beneficial. The biggest example of this is when a company creates something new that people then flock to because it gives them what they want or needs more efficiently than anything else on the market.

In our first example from above, if a gaming company comes out with a new system that is more powerful than what's currently on the market, consumers will want to purchase it. This helps keep sales of their current video game systems consistent and gives them an opportunity for growth even if they are taking away from another product or service in their company.

Another example of innovation giving companies room for growth is when a company improves an existing product or service. For example, if you sell coffee at your business and then upgrade the equipment that makes it for your customers, they are likely to stick around because their experience is now better than what's available anywhere else.

This has been proven time and again with companies like Apple who keep coming out with new products that are always better than any other device on the market. Their latest version of iPhones, iPads, and Macbooks have become so popular that people are willing to wait in long lines just for a chance to be one of the first consumers with them in their hands.

While it might seem counterintuitive at times, innovation is what allows companies like Apple to thrive in the market. People are so attracted to what they have created that they want it no matter what, even if it means their old products will be ignored or less profitable.

Another way that market cannibalization can be good for business is when it comes to protecting yourself from rival competition. If you are the leader in your industry, there's always a chance another company could come along and take away some of your customers. This might seem like an unlikely scenario but if they offer something drastically different than what you are currently offering, they might be able to sell people something better.

When this happens, it's important for your business not to get too comfortable in its position. Instead of ignoring the threat or being complacent with how things are now, take action by coming up with a new idea that will give consumers what they want more efficiently than your rival.

This is something that companies like Apple and Nintendo have done for years when they were dominating the gaming industry. Even though their respective consoles (Nintendo Entertainment System and Playstation) were incredibly popular, these two companies continued to innovate and improve them in order to keep making money off of consumers who wanted cutting-edge technology from a trusted brand name.

This is also something that Amazon has done with the technology on their website. They have always been a company that prides themselves in having one of the most user-friendly websites out there, but they continue to improve upon it every day by coming up with new features and tools that allow people from all over the world to shop for products more efficiently.

3. Keeping Up with the Competition

Market cannibalization can be beneficial to your business if you are currently in a race for second place. This is usually seen when two companies that used to be on top of their industry have fallen and consumers now go back and forth between whichever one has created something they want more than what the other company offers at any given time.

When this happens, it's important for you to pay attention and make sure that what your company offers is better than the other one currently in the lead. If not, then consumers will buy from them instead of you simply because they are more satisfied with their product or service at any given time. This can be seen again within both Apple and Nintendo with the different versions of their gaming consoles.

Despite being similar, there are some key differences between them that have allowed one to become more popular than the other at any given time. For example, many people choose Xboxes over PlayStations because Microsoft has done a better job of keeping up with new technology and providing consumers what they want more efficiently.

This is also something that Apple has done with their iPhone and iPad over the past few years. For example, when Samsung was coming out with new smartphones left and right in 2012, it became very apparent from a marketing perspective who consumers should be buying products from based on what they were offering to people at the time. This allowed them to continue dominating the smartphone market and giving Apple a run for their money.

Market cannibalization can be good for your business when you are looking to start over in an industry that has become oversaturated. This is typically seen when new technology becomes popular and there are dozens of companies trying to get in on it before anyone else does. Unfortunately, this usually ends up leading to all but one company crashing because it's too hard for them to compete when they are one of many.

This can be seen with the smartphone market and how so few companies managed to stay afloat after it became extremely popular all over the world in 2012. The main reason why Samsung, Apple, and Google were able to continue dominating this industry is that these three brands have come up with ways to make people want their product more than the others.

On the other hand, companies like Microsoft, Sony, HTC, and BlackBerry are ones that have all failed in this regard because they were only able to offer consumers something different instead of giving them what they wanted on a larger scale. This is why there was such high cannibalization among these companies because it became apparent very quickly where people were buying their smartphones from.

Market cannibalization gets a bad reputation, but in some cases, it can be a good thing for your business and allow you to continue thriving within an industry. This is typically seen when innovation is required or when protecting your company against. 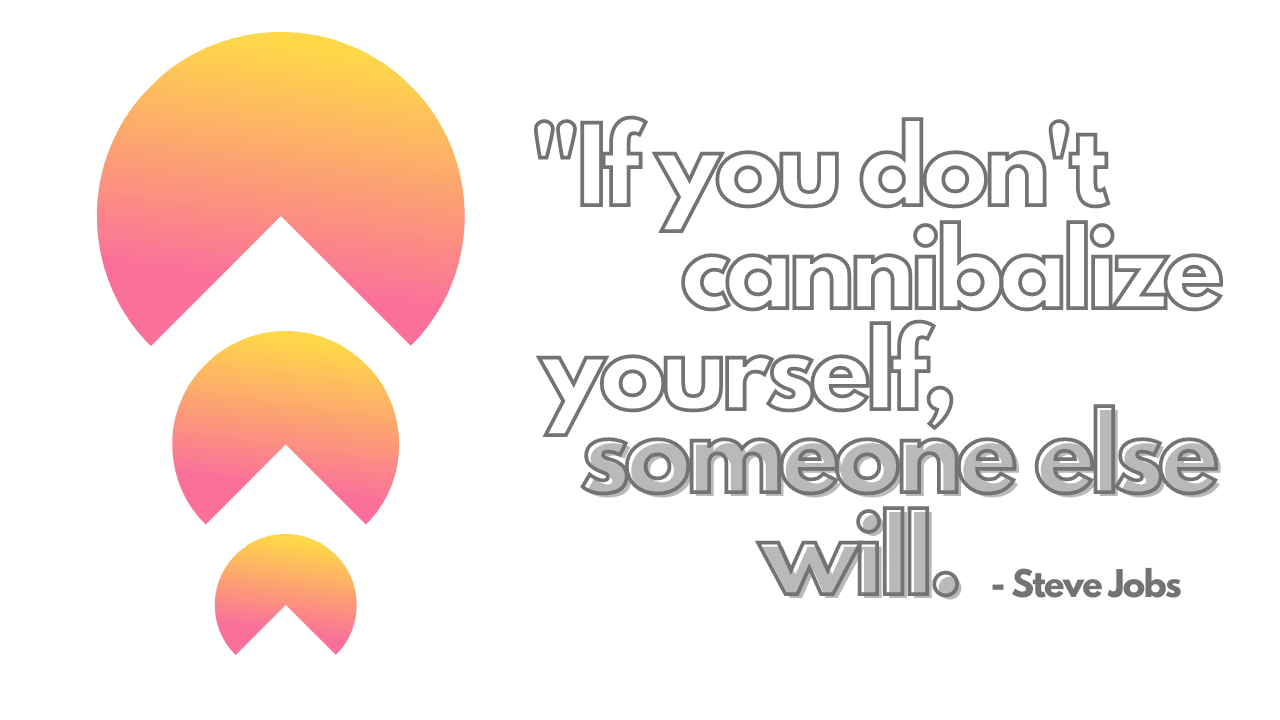 However, market cannibalization can also prove to be beneficial for your company if you are looking to start over in an oversaturated industry because it will allow you to stand out more than the others. This is typically seen when new technology becomes popular and there are too many companies trying to get their piece of the pie before anyone else does.

I would like to conclude by saying that market cannibalization should not be something your company fears. It's actually a good thing to have happen because it will help you continue standing out in an industry and prove to consumers that your product is worth buying over the others.